The Pineapple Underground Film Festival is proud to announce the winners for 2013.

El Efecto K, directed by Valenti Figueres Jorge, had its Asia Premiere at PUFF. Using archival footages, blending documentary and narrative fictional parts, the most significant events of the 20th century was told through Hollywood producer and Stalin’s own film editor/superspy Maxime Stransky.

PUFF says “ This is an odyssey that brought the audience through a journey of an illusionary and dreamlike mix of reality and false documentary. The filmmaker’s interpretation of the Kuleshov editing style manipulated the raw materials within a medium, thus created an aesthetic experience that made the historical content to be of secondary importance but a work that resonates emotions in the audience.“ 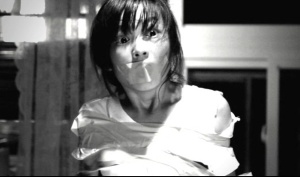 The Mute had its International Premiere at PUFF. It is a stylish psychological thriller shot in Shanghai by first time filmmaker ArisTo. PUFF says “ An outstanding beginning ten minutes followed by a good and progressive pace of the script, unfolding into an intense finale. The tenderness of young love, the suspense and use of music makes this an exceptional first attempt in filmmaking.“

Sonata also premiered internationally at PUFF. Inspired by Kreutzer Sonata by Tolstoi, Sonata explores the society’s norm of exclusive preference for one person and whether that equates true love.

PUFF says “ powerful and daringly rummaging in each of our souls, the human hearts, nature and true love. Or, as the film shows, that the word love itself is barely sufficient to describe our feelings. This ambitious short film peals away the lies and deceits in our hearts; that what we desire, we did not know. “

PUFF also pays homage to women filmmakers and filmmakers who live in countries where access to films, training and equipment is a challenge.  The Lives of Hamilton Fish (World Premiere )  is a feature length rock and opera musical written and sung by Rachel Mason from New York. Curated by Experimenta, a video and film art space in Hong Kong, the film was screened with Rachel singing live in Hong Kong.

Daughters of the Niger Delta (International Premiere), supported by the German Embassy in Abuja in Nigeria, was made by 9 first time woman filmmakers.  Their desperate struggle and everyday injustice is a revolution which will affect more than 50% of the world’s people.  The extent of poverty, sexual harassment and sexual mutilation, discrimination that is still wildly accepted as norm for women, will hopefully one day be only found in history books.

JUICY WITH EDGES 香甜異品 以果會友 PUFF 2012 will showcase 10 feature length films, 20 shorts, 10 animation shorts and 5 documentary features from over 20 countries around the world. PUFF is dedicated to showcase the spirit and skills of indie filmmakers and outstanding films which explore new and alternative forms of narratives. PUFF Indie Award winner will have the opportunity to receive Investment funding for their next feature film. 菠蘿電影節（PUFF) 匯集來自世界各地的電影「菠蘿」於另類視藝空間 EXPERIMENTA—透過獨立電影人不拘一格的美學視覺及尖銳的電影語言，加上嶄新的放映模式，希望能為地下電影吸納新觀眾、探索新思維並建構新空間。

One thought on “PUFF announces winners for 2013”